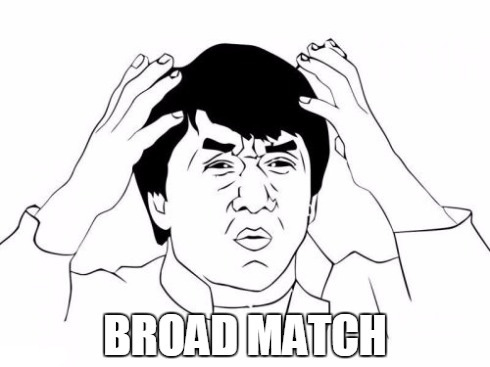 How Broad Match Is Concealing Your Keywords’ True Performance

During one of our department meetings earlier this year, my cohorts and I were seeking to understand why a particular keyword’s performance had deteriorated when looking back to its performance last year. Words such as “competitiveness” and “interest” were thrown around like we were skipping rocks. We took a step back from our less-than-civilized discussion and had the profound realization that the term in question was a broad-match term. For a brief second, we forgot about its performance and instead focused on its implications.

The problem with broad-match keywords is that they obfuscate the true performance of the keyword due to the fact that broad terms can pull in nearly every conceivable search query that contains at least one of the words being used. Long-tail broads are, in essence, the equivalent of a singularity within the SEM world; attracting any and all search queries with such intense gravity that one would have to eject, nay, detonate, the semantic equivalent of a warp core just to escape it’s clutches. Head terms are susceptible to these same effects too, except in more of a “I’m-Jupiter-and-I-have-high-gravity” kind of way, rather than a “I’m-a-perilously-large-singularity” kind of way.

Having exhausted my one and only Star Trek reference in this entire post, we’ll continue on by working with an example by taking a look at the term product integration. This broad term is going to match itself to queries that contain any type of prefix, suffix, singular or plural variations and, most importantly, synonyms. Synonyms, in particular, can prove to be quite problematic because, as impressive as it is that search engines can identify and re-contextualize your query to match similar words, it too can drive the wrong sort of traffic to your website very easily.

With the above broad term still in our minds, let’s say you run an information technology consultancy where new product integration is one of your key profit makers. A user who searches for “production organization” can conceivably, and inadvertently, trigger your ad to show. Regardless of whether the searcher actually clicks through (by way of curiosity or some other force), the fact is that this searcher is highly unlikely to be interested in your services, much less reach out via phone or email for a consult. The fundamental idea behind generating keywords is to drive the traffic you want, not the traffic that happens to trigger your ad. It is for this reason that broad match is not your friend. 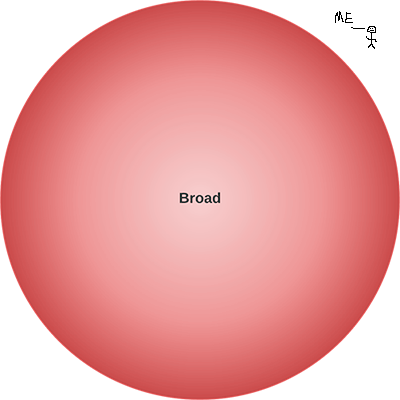 Let’s move past the last example concerning traffic quality and onto a scenario where you have a high-volume broad match term with dozens of conversions and gobs of revenue. On the surface, things are peachy; your reports are painting a very, shall we say, peach-like picture of the account, and that campaign in particular. You’re ready to run out into the big, bad world and tackle any search-related problemo you encounter. You are Jack’s undiminished sense of accomplishment.

Except that you have this secret, sinking feeling in the back of your mind. The feeling that you don’t quite know the whole story behind why that keyword was converting so well. Sure, you could dig through a search query report, filter by the ad group and pick out which queries most likely triggered your golden egg. That method, and others like it, is time consuming, unreliable and still doesn’t provide you real, actionable data. With broad match, you don’t know if the queries leading to conversions utilize a phrase, exact or broad-modified version of your broad match term. What’s more is that even if you do have a broad match term with phrase/exact siblings, the broad term is going to sabotage the performance of those other match types simply because the broad term casts a wider net. 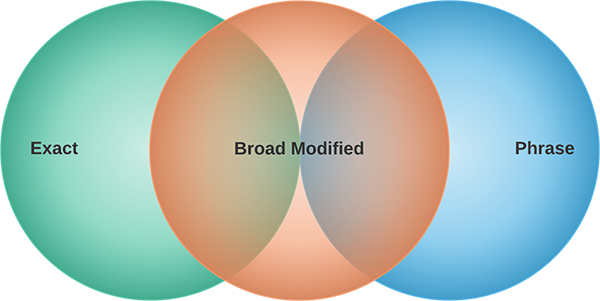 In order to peel away the layers of the onion in attempting to better understand why your keyword o’ power is performing so well, all you have to do is one simple thing: remove all broad match terms.

Yes, exactly. And it is that simple.

Remove all your broad-match terms and create phrase/exact match pairings of the term in its stead.

Oftentimes, I’ll throw a broad modified in there, depending on the term and whether my pairings provide enough coverage.

Phrase and exact matches are fairly self-explanatory, but after all of this you might be asking, “why stick with broad modified at all?” The reason is that broad modified does a great job of picking up on plurality and subtle variations of the word. So for instance, you have a broad modified term “pickle.” Broad modified will match itself to queries such as “pickle,” “pickles,” “pickled,” “pickling” and so on. What it will not do is match itself with synonyms and related terms, such as “pickle jar”, a key distinction between it and broad match.

Having deemed broad match an obsolete match type, I have since meticulously gone through all of my customer accounts in search of broad terms that could be transposed into the dynamic duo of phrase/exact or the tremendous trio of phrase/exact/broad modified. Building out keywords in this fashion allows you to structure your campaigns very methodically by creating ad groups that contain a few match type variants of the same keyword (my next post will focus on how to implement and overhaul a campaign using this very tactic, stay tuned).

I have been surprised on regular occasion to learn how much better a phrase has performed compared to an exact in one account, while learning wholly the opposite in another. This kind of insight was seemingly non-existent when I was employing broad match with these other match types; I knew that the keywords were performing, but knowing what was contributing to its performance was still a bit murky. Was it picking up fringe terms that were converting nicely or was it simply exact match queries that contributed to it’s success the most? Basically, with the other match types available, there simply isn’t any reason to rely on broad match these days, as anyone doing their due diligence will always see greater returns by employing phrase/exact/broad modified versions of their keywords.

The devil is in the details. Go find yours! 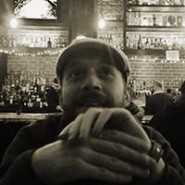 Jeff moved to Denver looking for coffee and pints. Along the way, he discovered PPC and now wants to become an industry guru. He enjoys complaining about the auto industry’s abandonment of the manual transmission as well as perfecting his “disappearing beer” magic trick.