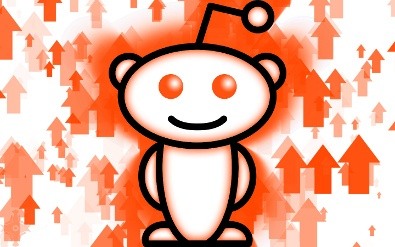 Nine Things Every SEO Should Know About Reddit for Social Marketing 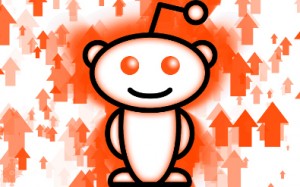 If you work in the digital marketing arena, whether in SEO, Social Marketing or a similar field, chances are you’ve heard of Reddit. It is one of the most active and popular social gathering places on the web and the self-ascribed “Front Page of the Internet”.

For those who are unfamiliar with the site, let’s run through a quick crash course on how it works.

Reddit is divided into tons of different topics, called “subreddits”, many of which were created by users. Registered users can submit links, images and text content to a subreddit, which then becomes subject to the mercy of the masses, as the popularity of submissions is determined by “upvotes” and “downvotes” (similar to Digg).

The more upvotes a submission receives, the more exposure it gets on the site. Posts with the most upvotes will likely appear on the front page of the site, or at least the top of the subreddit in which it was submitted. Users can also comment on any of the posts, and each comment can also be upvoted or downvoted.

A point system is also in place, by which a running total of each user’s “Karma score”  for both submissions and comments is displayed for all to see. This creates an interesting competitive dynamic throughout the site. That’s about it for the basics of Reddit, but what about its popularity?

Despite its paltry 20-person staff and not yet having broken into the top 100 sites according to Alexa, Reddit is a social behemoth nonetheless, boasting more than 40 million registered users and roughly 400 million monthly unique visitors.

Links from Reddit posts are usually DoFollow (unless they only have one or zero upvotes), and the traffic through a popular post can sometimes carry server-crashing potential. A single post could have millions of views and innumerable click-throughs. Barack Obama’s “Ask Me Anything” post on Reddit last year contributed to a record-smashing 4.4 million pageviews in a single day.

Another fascinating example of the traction possible from successful Reddit posts was further exemplified in a recent Penny Arcade  case study, which graphed and extrapolated traffic from a viral Reddit post in real time. Time and popularity are both factors in the trend, which also shows residual traffic benefits even after the post has ‘died down’.

Needless to say, Reddit is a clear target for marketing and viral content promotion, perhaps to the dismay of many of its users. For SEO and Social Media Marketing professionals hoping to leverage Reddit, it’s important to tread lightly and play smart. We’ve compiled the following list as a guide that every SEO and Social marketer should know before jumping into a Reddit-centric campaign.

Every forum, including Reddit, maintains order through the imposition of rules the community is expected to follow. Reddit uses the term “redditquette” for these ‘informal’ regulations, and moderators try to enforce them. But even if you escape the watchful mods with a broken rule, it won’t go unnoticed by the users and they will pour out their wrath upon you. Follow the rules.

2) Participate in the Community & Build Your Reputation

Everyone on Reddit has a very visible user profile. It only takes one click to see your Karma score (which measures the success of your previous submissions), a list of all your previous posts and all your previous comments. You will be scrutinized, judged and – if you’re a spammer – you’ll be flagged a spammer. Don’t be a spammer. Enjoy the site, embrace topics you like and participate with the rest of the user base and your positive reputation will follow.

Most of the spam posts on Reddit are easy to spot because the people posting them don’t realize how easy they are to spot. Most of the time, the tell-tale signs of spam posts are: New user with no previous posts, promotionally worded title and a link to a spammy article or website. This is clearly the work of someone who doesn’t know Reddit, and they just joined up, slapped their link up there, and left. The post will die a quick death and never be seen again.

The same is true for pitchy posts with titles you might find in the subject lines of emails in your Spam folder. Redditors hate spam; they feel violated that people might be polluting a beloved resource with commercial content and they have become experts at spotting it.

There’s one common mistake marketers make when they first delve into Reddit as a potential promotional channel: They think no one will notice a marketing ploy. This notion couldn’t be further from the truth. Not only does just about every other user notice a typical marketing post, they all realize how prevalent it is and why marketers find it valuable.

Unless you are scheming to go to elaborate lengths with a good deal of pre-planning to pull off a Reddit-focused viral publicity stunt (which will still probably eventually be exposed if it ends up getting to the front page), you should stick to organic, engaging and interesting content.

For this point, it’s best to show you a couple of key subreddits that exemplify how Redditors deal with spammers. The first one is “reportthespammers”, a thread dedicated to the open accusation and flagging of known or suspected spammers (by user name) on Reddit.

The other is called “HailCorporate”. According to Reddit’s description of this subreddit, Hail Corporate is “in large part about documenting the fact that reddit really is used for viral and native marketing. Yet also to highlight the fact that regular people are doing the work of advertisers.”

These examples should clear away any illusion that your marketing tactics on Reddit are going unnoticed. Furthermore, redditors will scrutinize submissions intently at the slightest inkling that a viral post might in fact just be a publicity stunt. The higher the popularity of these types of posts, the more users join in and the more scrutiny is applied.

If you want your submissions to be successful, you have to post content that the community finds interesting and engaging. If you’re just starting out, simply use the site without your marketing hat (as hard as that may sound).

Submit stuff you like and that you believe others would like. Take care not to just regurgitate older content or submit ‘reposts’. Be as original and intriguing as you can and seek out communities favoring your interests and hobbies.

These are the three primary components that tend to have the most impact on the success or failure of your submissions to Reddit. The Topic, of course, will be your first point of interest. The myriad subreddits on the site can be overwhelming, so if you find a few that seem like a good fit for your post, then you can look at how active they are and choose one with a lot of subscribers, an active front page and a good amount of upvoting going on.

Next, you want to consider the time of your post. You want to get as much exposure as you can for the short time your submission is on the “New” section. The more active the subreddit, the shorter the span of time your post will be seen. If it doesn’t get a lot of traction right out of the gate, chances are it never will.

Your post title is the crucial, final piece of the puzzle. Many redditors agree that the Title is almost equally important as the content itself, and can make or break a post. This is especially true in topics like “Funny”, where wit is heavily rewarded, and putting punch-lines in the post title are blatantly forbidden.

Furthermore, some redditors with high ‘link karma’ scores have confessed that many of their most successful posts are simply previously submitted content with bad titles that they just re-posted themselves with a better title. Think before you post!

There’s only 25 spots available on the front page of Reddit. That’s a precious few spots for only the most popular and successful content. Much of this content is either already going viral when it gets posted, or it will go viral because it’s on the front page.

Redditors not only love, discuss and share viral content, they are often collectively responsible for making it go viral in the first place. In terms of popularity and viral marketing, Reddit is technically both the chicken and the egg.

Everyone knows that breaking forum rules, being a nuisance (aka spammer), abusing the internal functions and creating dummy accounts are standard issue ban-able offenses. So if you get banned from Reddit (which shouldn’t happen if you follow this guide), then you will surely know you were banned, right? Not necessarily.

If Reddit notices you’ve been getting click-happy with too many upvotes, downvotes or link submissions in a short period, they can delay your activities. This is usually perceivable in a message that says something like “You’re doing that too much, try again in 5 minutes”.

But if you’ve been particularly disruptive and they want to be really sneaky, Reddit can simply prompt you with that message repeatedly and your privileges will just never be available.

Another sneaky method they can employ is to allow you to go about your business as usual, letting you think nothing is wrong with your account. You can see everything on the site, you can submit posts, you can upvote and downvote, you can see your own posts and you can comment; but no one else ever sees your activity.

Applying these techniques to a troublesome user is dubbed “Shadowbanning”. You’re basically banned from the site, but you can’t really tell you’re banned. Many users have admitted that they’ve gone for weeks thinking nothing was wrong, only to eventually discover they’d been participating in vain, as they were, in actuality, shadowbanned. Just a friendly heads up.

Hopefully these tips will help you adapt to the world of Reddit initially and generate organic marketing opportunities along the way without upsetting the collective. The big take-away here is that your contributions on reddit should be genuine and natural while representing a value to the community first and foremost.

It’s really not much different from how we should approach Google marketing in terms of proper SEO. Produce great content, follow the guidelines and keep all your efforts as organic and natural as possible. Remember, we want to leverage our marketing channels, not ‘game’ or manipulate them.

On a cautionary note, remember that Reddit can be habit-forming. You might soon find yourself checking in on your favorite subreddits routinely, griping about all the ‘reposts’, snapping smartphone pics of anything unique or interesting while forming a reddit caption for it in your head, and quoting Memes whenever possible.

Last but not least, just remember… 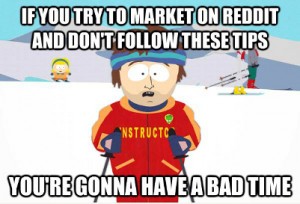