This Week in Social Media 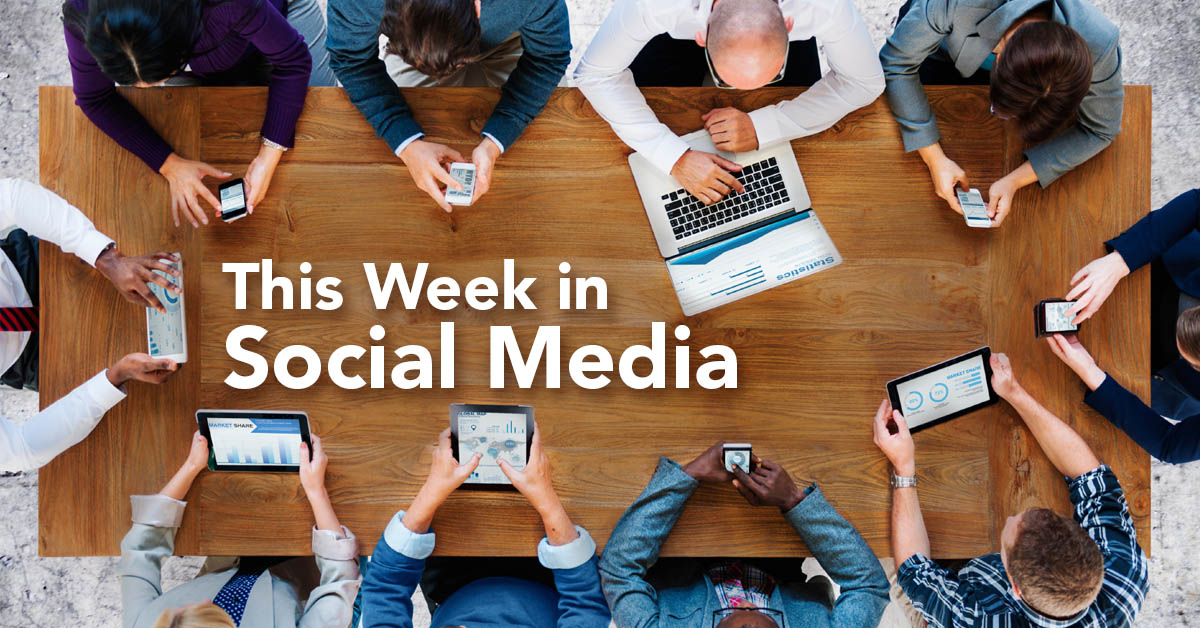 Weeks like this are why Facebook remains king. Not only are they releasing better advertising features than other platforms, but they are doing it at a much faster rate. While Twitter is busy announcing updates to their “timeline”, Facebook is drumming up unique features that no other platform comes close to offering.

Coming from someone who has managed Social Media for over 40 brands, both organic and paid, Facebook flat out gives more power to advertisers. Between audience targeting capability, new ad types, and new weekly updates, Facebook is winning more advertisers over with each passing announcement (not that they needed to). The latest and greatest news in social media this past week was no different, in that it was completely dominated by Facebook

Another reason why Facebook is dominating social advertising is because they are highly-calculated at releasing information for future updates. Two months ago, we wrote about the “Dislike Button” announcement. The button (or buttons) was just released this week in the form of “Reactions.” Now we’re hearing that Facebook could be releasing a new ad-type, with the capability to advertise through Facebook Messenger. According to TechCrunch, who originally released the report, brands will only be able to send messages to users who have previously interacted with them through messenger. Facebook did not confirm or deny this but instead released their own statement saying they want to “ensure people do not experience unwanted messages of any type,” which confirms that the targeting could and probably will be much different for Messenger Ads

Either way, advertisers will have to be very careful advertising in such a personal space. These ads could come off as invasive, annoying, or downright creepy if not structured the right way. When imagining how we might use messenger ads within our own client’s campaigns, we saw the biggest opportunity in event-based advertising. Sure you may have had 50 people sign up to attend your event through your ad but the likelihood of all 50 people showing up is extremely low. Sending a friendly reminder the day of the event via Facebook Messenger will be one way we plan to utilize these new ads.

More often than not, social platforms ‘new features’ closely resemble what’s working for Facebook, rather than a unique idea. That is until Canvas rolled around which looks a lot like Facebook’s take on Snapchat’s branded Discover section (also an immersive mobile ad experience). The fully customizable ad experience is now available to advertisers worldwide and is the very definition of content marketing.

While we haven’t had the chance to use it, we have spoken to AdWeek Writer, Dennis Yu about Canvas. Dennis was given early access to the platform and while it seemed he hadn’t used Canvas extensively he said, “results (are) too early to tell, since your creative must be AWESOME for it to work. Hence, conversion rates low for stuff that looks like ‘advertising’.” And there you have it – Canvas is not only distinct from other ad-types within Facebook but it’s also a completely different ad experience for the user. It makes sense that being ‘salesy’ in an immersive experience is a recipe for disaster. Nobody will be opening Canvas ads because they want to watch a commercial but they will open Canvas ads if they know it will bring entertaining content.

As I mentioned above, about two months ago there was much talk about Facebook’s new ‘dislike button’. Facebook confirmed during that time that the button wouldn’t be much of a dislike button, but instead another way to share your feelings on posts. After a week of having it, these new buttons don’t seem to change much about Facebook, especially for advertisers. Now, instead of counting likes, social media managers will instead be counting reactions. The one pet peeve I personally have is that you cannot see a breakdown of reaction counts at first glance. For instance, I can see that X amount of people reacted, but I don’t get to see a breakdown of what those reactions are unless I hover my mouse or finger above the respective emotion. With that said, I am a fan of anything that draws more people into Facebook land and ‘Reactions’ certainly has the capability to do that.